WHO: common-interest is a non-profit design research practice run by Corinne Gisel and Nina Paim, with a strong focus on cross-cultural and cross-disciplinary collaboration.

WHEN: Gisel and Paim met at the Gerrit Rietveld Academie in Amsterdam, where, in 2012, they graduated with a BA in Graphic Design. In 2017, Paim obtained an MA in Design Research from the HKB Bern, and Gisel is completing an MA in Cultural Publishing Studies at ZHdK Zurich. After collaborating on an off for many years, they founded common-interest in 2018.

WHERE: Based in Basel, common-interest operates at the intersection of knowledge production, exchange, and mediation. They conceive, organize, and produce texts, publications, exhibitions, workshops, events, and more.

WHAT: Department of Non-Binaries was curated by common-interest for the Fikra Graphic Design Biennial 01: Ministry of Graphic Design, in Sharjah, UAE. The show focused on contemporary practices that challenge prevailing notions of cultural, national, religious, racial, gender, or sexual identity. The goal was to reject the smooth-edged simplicity propagated by modernist ideology and instead embrace the complexity that makes up today’s landscape of graphic design and human culture. The exhibition brought together a group of twenty-five international practitioners, whose hybrid activities are in between, at the crossroads, or at the intersection of disciplines and cultures. What unites them is a ‘designerly’ way of knowing. This viewpoint allowed for an expanded framing of the field, both in terms of who gets included as well as what becomes the subject of design. The practices on display critically react to how tools of communication are intertwined with structures of oppression. By analyzing, subverting, and dismantling design devices such as language, color, typography, iconography, or imagery, the Department of Non-Binaries not only exposed and criticized the status quo, but also opened up a space for counternarratives and social action.

WHY: common-interest sees design research is an activist tool for issue advocacy, collectivity building, and commoning knowledge. Their projects focus on social justice, untold and marginalized stories, and environmental issues. 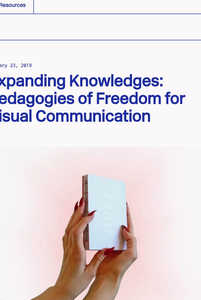 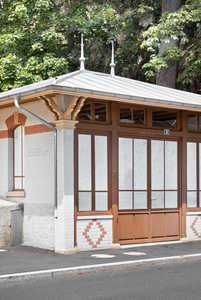